Remember WarioWare D.I.Y? The Nintendo DS game for making WarioWare-style microgames.
It's turning 10 this year and stands as, in my opinion, the best in Nintendo's "wacky user-generated content with that weird baby face good lord what is that" series. (Alongside other grands like Mario Paint and both Mario Maker games)

I launched the DoujinSoft Store/Archiver two years ago as a way to easily catalogue all the content created with the game. It's a pretty obvious rip-off of the Mario Maker Bookmark Site, to stay in-theme.

As-is, it's a good archive of all the stuff people made back in the day, but there wasn't an easy way to play the games, save from injecting them yourself into a savefile for the DS Game. Ditto for sharing newly made games with other people. 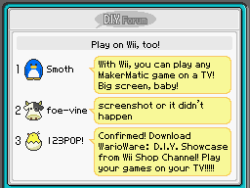 DIY had a matching game on the Wii, WarioWare DIY Showcase, which acted as extra storage for your DS Games, alongside a few other things. Namely, the possibility to send/receive games from Wii friends.

I was approached recently by the good folks at RiiConnect24, who'd figured out how this part worked.
Cue a bit of jolly co-operation, and I'm happy to present DoujinSoft 2.0, now featuring: 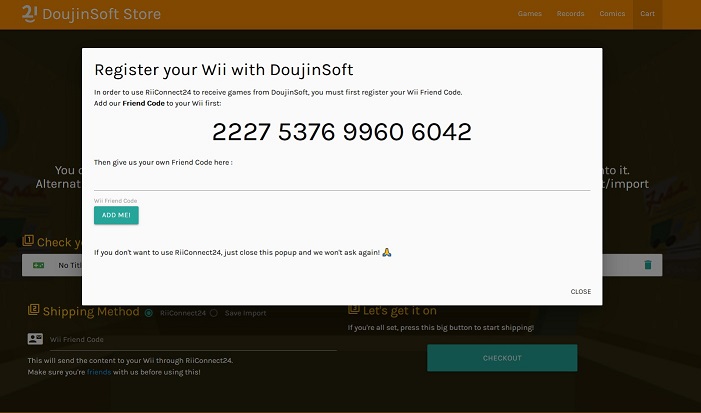 You'll also get nice custom letters on your Wii Message Board if you use the feature!
(Well technically they're the old ones from the Wii Shop Channel but personally I was only gifted a game once so it's not like I saw them that often) 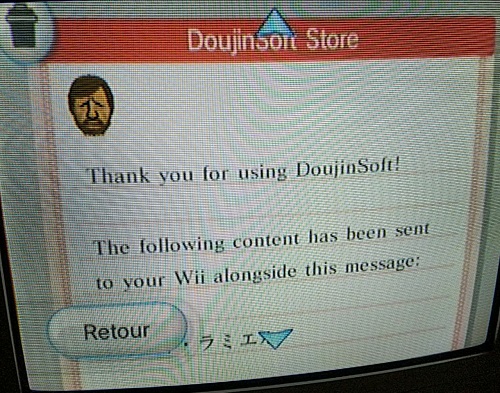 I'm doing the giving, so I might as well start doing the receiving!
DIY Showcase allows players to rate the games they receive, so there's a fun integration to be made here. 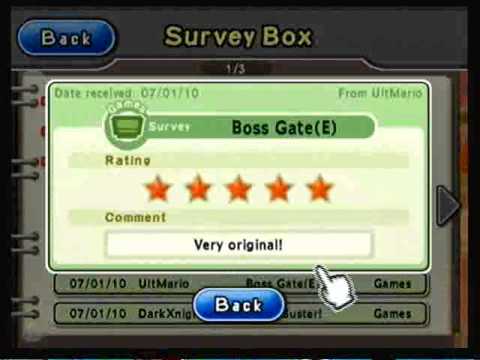 Past that, it only makes sense that users would be able to send/upload their own games to DoujinSoft using their Wii consoles. It'd almost make us look like a proper online service! 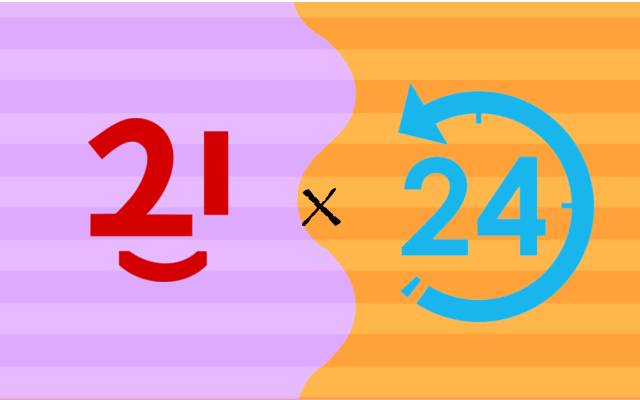 Since this is a tech blog, if you're interested in how WiiConnect24 ticks I've written a fair bit about what I learned here. Thanks for reading, and have fun using DoujinSoft!