Hacktoberfest is well underway!
I personally got my four PRs in and I suggest looking at this handy list to maximize the amount of free shit™ you can get from companies desperate for contributions.

It's also about time I made my yearly sticker order for Christmas, so I thought I'd use the opportunity to provide a bonus incentive.

I'll ship out this very cool sticker set to anyone who makes a (not-crap) PR to the LRR repo.
(Hacktoberfest PRs from the start of the month count too so hit me up the two of you who already contributed)

I have some issues available under the Hacktoberfest tag for would-be volunteers.
There are quite a few of them that don't require writing a single line of server code, so I better not hear the excuse that Perl is a hindrance this time 'round.

If you're not good at programming but really really want this dumb sticker pack (god bless your twisted soul), I'm also sending one to anyone who pledges $5+ on my newly-minted GitHub Sponsors page here.

GitHub matches whatever you put as your pledge, so there's never been a better time to help me get filthy rich through open source. 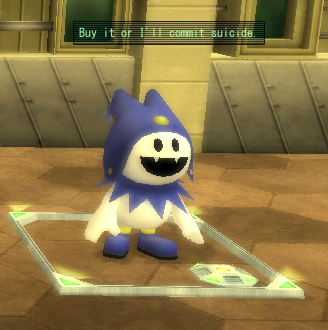 (If you don't want to steal Microsoft's money, Ko-Fi is still available too.)

If you did one of the above, you can go to the following form to give me a mail address to ship the stuff to.
Happy Hacking!