The LANraragi Homebrew Port was recently merged into the core repository, making access to the world's only(and therefore best) Perl manga manager easy to all Macs.

Getting the port to the acceptable level of standards for the core repository wasn't easy and needed one cool trick.

LRR depends on the well-known libarchive project to handle archives.
It's so well-known that Apple themselves use and bundle it in releases of macOS.

Homebrew tries to be a good citizen by not installing dependencies which are already bundled by macOS if possible.
This makes sense! No need having libarchive in triplicate if the system version does the job.

Auditing the Homebrew formula henceforth gives you the following error:

So the Homebrew formula for LRR should uses_from_macos "libarchive". Sounds easy! Except not.

In their infinite wisdom, Apple made the decision that their libarchive should be private API.
As such, they only include a compiled version of libarchive, without the function headers.

This would be fine if I was shipping precompiled executables that could call this compiled libarchive directly, but for better or worse, this is Perl! 🐫

The way I use the lib is through a pair of XS Modules, which are basically C programs compiled on the user's machine when the module is installed.

And so, we're hosed. Without the headers, the modules can't compile, making the Homebrew formula impossible to build on a stock Mac.

This makes Homebrew's order a tall one:

"Use the bundled libarchive, except you can't compile anything that relies on it."

The easiest solution here is providing the libarchive headers ourselves.
Apple's version might be modified in some fashion from the original source code, so it's better to grab the headers directly from them:

(And you probably get nerd cred for jamming apple.com as a dependency in your formula. 😎)

Homebrew decompresses resource tarballs on its own, so all we have to do to use the headers is move them in a custom include folder in our install:

And just add said folder using good ol' CFLAGS, so that the Perl Modules will automatically pick up the folder when compiling the XS scripts.

libexec is automatically mapped by brew to a directory like /usr/local/Cellar/foo/0.1/libexec.
And we're done!

Astute observers have probably noticed the error in the previous screenshot:
The cc command called to compile the XS script does not include the libexec folder as an include. Why?
Some background first.

There exist a variety of ways to handle building/installing a CPAN module in Perl, and this article wouldn't be enough to talk about all of them.

As said earlier, I use two XS Modules that both consume libarchive:

You'd think that with such similar namespaces, both would use the same installer... Wrong! 😱
Peek uses ExtUtils::MakeMaker, and Extract uses Module::Build.

So let's focus on MakeMaker for a bit.
You basically use it by writing a Perl-style Makefile, Makefile.PL, which when interpreted by Perl will spit out a regular Makefile to use with your regular make/make install combo.

When building this Makefile, MakeMaker will not take into account your custom CFLAGS environment variable, instead opting to use the one that was used when your version of Perl was built.
In our case, the Perl we use comes from homebrew, and is built with esoteric include paths such as /usr/local/Cellar/perl/5.30.2_1/lib/perl5/5.20.2/darwin-thread-multi-2level/CORE. The horror.

Now of course, Makefile.PL writers can add extra include paths, and our failing module certainly does so, using another package called Config::AutoConf.
Said module's documentation is a bit empty as to how it figures out the extra compiler flags, and this rabbit hole has gone on long enough, so let's just patch the Makefile directly in Homebrew.

By adding the environment variable ourselves, the cumbersome module finally builds, and we're out of Perl module building hell. 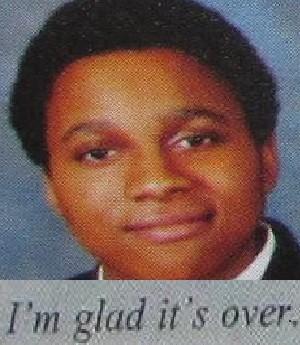 I use the 10.15 headers from Apple, as they're the only ones that actually include all the functions used by LANraragi.
This of course means that some functions are not available for both High Sierra and Mojave.
Luckily all this stuff fails rather gracefully, with no stability issues.

LRR is the only formula in homebrew/core using this trick with libarchive.
The other are weaksauce, using a duplicate version instead. Plebeians!

Jokes aside, it is a bit weird for the homebrew audit bot to consider libarchive to be bundled by the OS, where it is clearly unusable out of the box for something as simple as a make scenario. 😐