3 months later, it's time to close up Survey 2 and look at the results.
No pie charts this time! Pasting the tables directly from Excel saves me from uploading a bunch of images. 😌😌

I only got 70 replies to the survey this time, which I'm putting on account of the sadpanda death craze having died down. Way less "I didn't stick with your program because it sucks" replies, after all.
Github ⭐ count flew past 250 as well! I still like watching the counter go up even if it doesn't amount to anything.

The Windows/Linux users are now basically 50/50, which is unexpected! And validates the hours spent making a proper Windows installer, I guess.
I don't feel validated for the Homebrew port yet but I'm sure it'll come

Yeah, not surprising. I still love you, table view.

The crowd clamoring for external reader support was only a vocal minority after all! 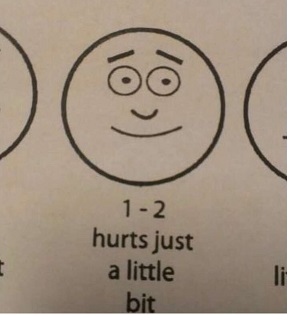 I'll just have to delude myself into thinking that the OPDS support is actually used.

ayyy here we go it's the featurebowl

I keep underestimating how much people use Batch Tagging considering I personally don't use it at all. 😥 autoplugin on archive uploads covers my needs i am not a smart man
The improvements(default timeout values for plugins, fallback plugins) are quite easy but I'd like to extend the timeout functionality to autoplugin as well.

The duplicate script is a fun side-experiment and I wasn't expecting it to overtake the category stuff, so uh I'll do it I guess?

The one thing I personally want most is the browser extension as I already use Hydrus Companion a lot for single images, but that relies on downloaders and all the backend work they imply, which will probably take a while. Sorry!

I still want to do the OoB experience thing at some point, it's logical that existing users wouldn't care too much about it.
Image folders can die. 🙃

Here are a few interesting messages I got from the feature suggestion box.

There is a long-standing issue on adding customizable sorting, but it's true that right now you can't sort at all using only the thumbnail view. I'll keep a note for that!

This would be nice, but I'm not quite sure how to implement it. Specific tags would work but that's a bit of a slippery slope.

As soon as AI gets good enough at creating React applications, I promise I'll use LRR as a testbed for it.

Category buttons are a bit unwieldy and I'd like to have a dedicated category view with thumbnails as well.
The Javascript on the Index is a bit spaghettish and I dread having to work on it though 😶

I'm actually adding this in 0.7.1 after looking it up a bit - No text handling tho so support is quite limited unless you use an external client.

This one suggestion drives me crazy. Which Mao is this guy talking about? Mao Zedong, or the chairman from Futabu? Did he just heavily typo "More themes"? The possibilities are endless.

Syncing reading progression is a good feature, I left it client-side originally so that it made sense with multiple users on the server, but I think this is a very minor use-case compared to one user accessing his stuff on multiple devices.
Guess I'll do it!

This one is more of a support thing, but I think you'd be better off editing the generated thumbnails directly instead of modifying the archive, since that leads to the ID changing.
Cropping from the server would be possible with magick but that's really way too niche to implement.

Just hit Ctrl when the reader loads to see all the pages at once.
I'll agree that the reader currently doesn't have metadata shown anywhere, but I don't think that'd be very useful without a way to proc searches by clicking on tags. (See below)

Those kinda go together in that implementing 2 makes 1 possible.

I can't put all the replies up in one article, but all your thank-yous are very much appreciated!
I'm currently working on other things so LRR is a bit on the backburner for the time being, but I'll certainly try to get some dev juice flowing for the next GH Hacktoberfest. (gotta get them stickers fam)