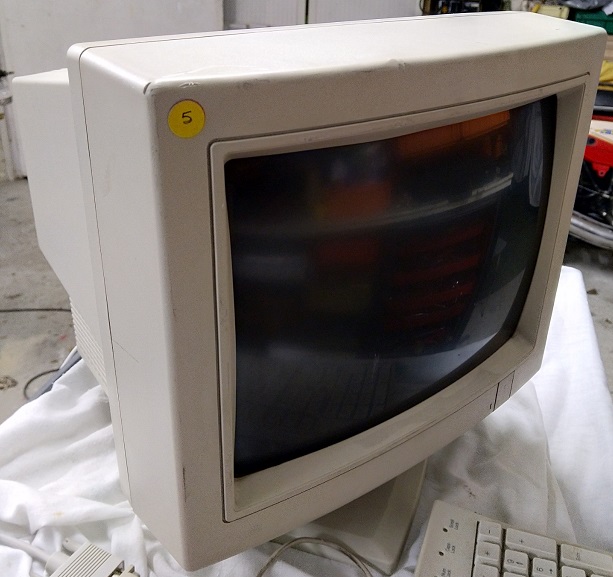 This is an Apple Performa Plus Display. It's...a completely standard Shadow Mask CRT.

I liked the size though, so I grabbed it! Only issue is that its cable was cut off. 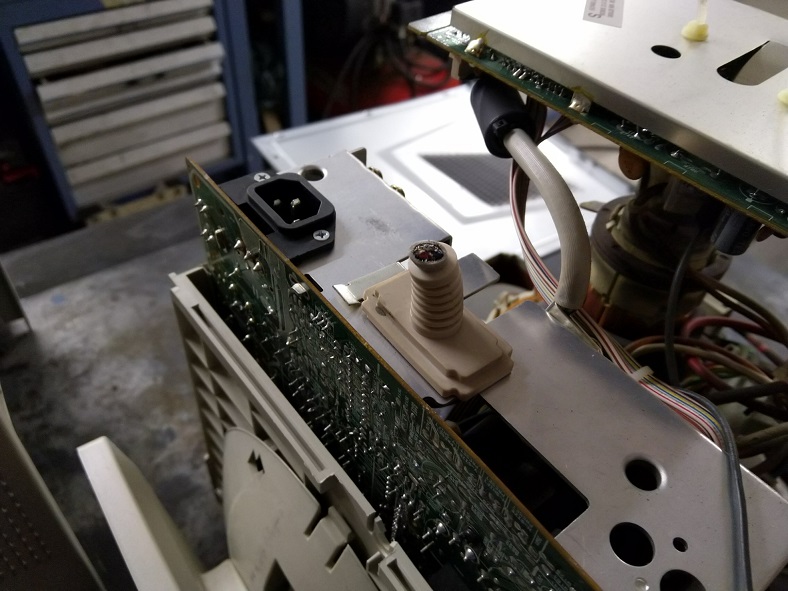 The tube seemed to work fine when powered on, although there's no real way to make sure without feeding it a proper video signal! What the hell, let's take it apart. 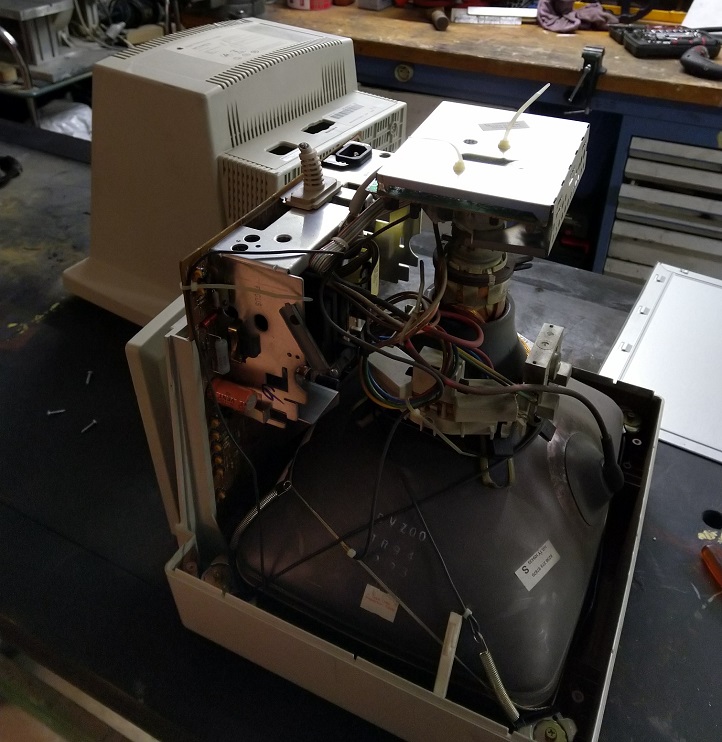 The inside circuit looked pretty much perfect -- No blown caps or anything weird that'd have made me give up on the spot.
What I'm interested in is the internal video connector here, which is at the other end of the cut-off cable: 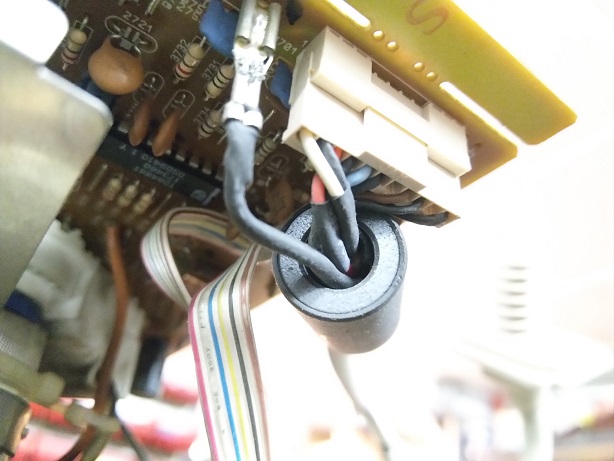 Of course, there's no detailed information on the net about the pinout of an internal video connector for a one-off CRT monitor.
The Service Manual certainly doesn't help either: 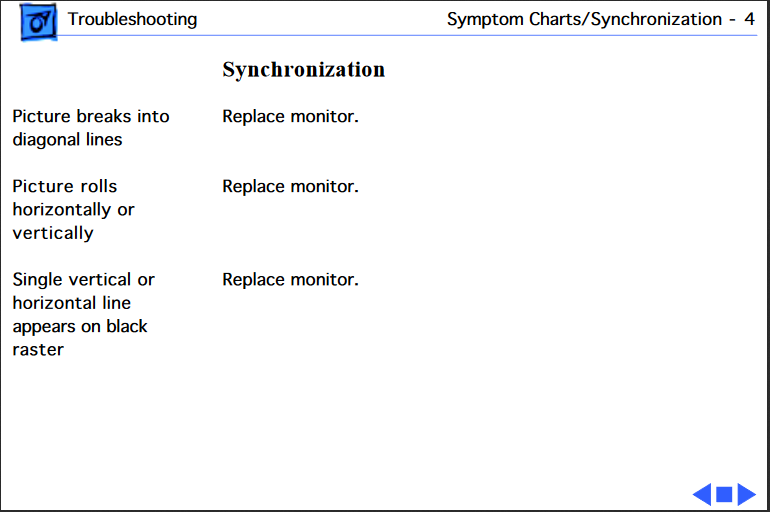 So, how am I going to remake the cable for this thing?

Technotes to the rescue

I was surprised to see that old Mac hardware is actually quite well documented thanks to Apple's old technotes.
I used a mirror from 2002 to shorten a bit the amount of articles I had to search/read through, but you can certainly pull all the info you need from the official site.

Looking at the Color Monitor Connections article basically gave me all the info I needed.
Since this is Apple, Macintosh screens don't use classic VGA but DA-15 connectors with a custom pinout:

Looking at this pinout and the way the cables are laid out/colored in the internal video connector, you can theorize a mapping. Let's look back at what is in the CRT:

It's easy to guess that the pairs of red/blue/white match the color signals (RED/RED.GND, BLU/BLU.GND, etc.). It's a bit weird that Green is represented by a white wire, I guess they didn't have green ?
What about the brown wire, though?

The last piece of the puzzle is that Mac screens don't use Horizontal/Vertical Sync like VGA, instead preferring to use Composite Sync.
The DA-15 pinout above has pins for VGA-style HSYNC/VSYNC, but those are meant for those not-at-all common cases where you'd hook up a VGA screen to your Mac with an adapter.

Therefore, there are only two wires to hook up for the Sync signal (CSYNC and CSYNC.GND), instead of the four for VGA.(HSYNC/VSYNC and their matching grounds)
It seems then likely that the brown wire is the CSYNC signal!

But aren't you missing some pins from the DA-15 picture?

I am! I didn't talk about SENSE0/1/2 yet.
Those pins are meant to be grounded in specific ways to tell the Mac what kind of screen we're plugging in. For example:

The way those pins are interpreted depends on the Macintosh you're plugging the screen into, but the one we're interested in never seems to change much: Grounding SENSE0 means the monitor is 640x480.
That's the resolution of the Performa Plus, so I'll be leaving the other two pins alone.

I grabbed a cheap DA-15 cable off AliExpress and made an atrocious Frankencable out of it: 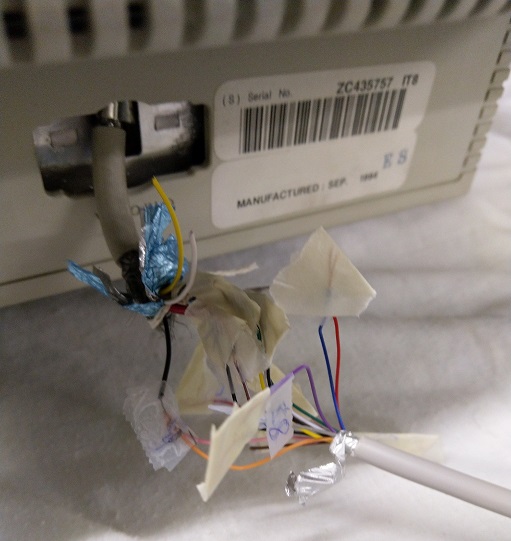 The connections mostly match what I wrote above, except some yellow/white cables magically appeared at the end that weren't in the video connector.
I guessed those were probably only there for DA-15 compliance and led nowhere, so I left 'em unconnected.

I hooked up the other end of the cable to a freshly-salvaged Macintosh IIvx, powered everything on expecting to get a horribly mangled image and: 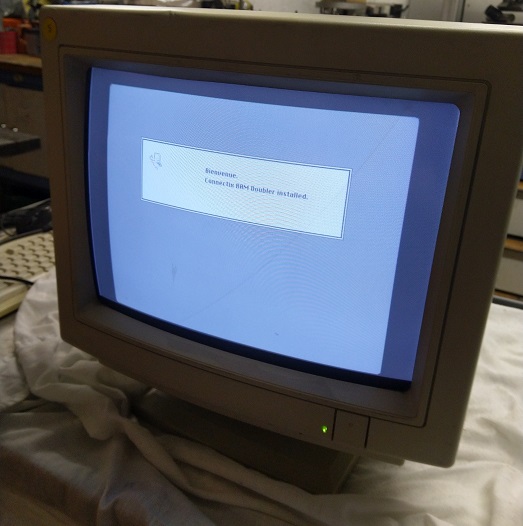 Wow this actually works I mean of course it works! 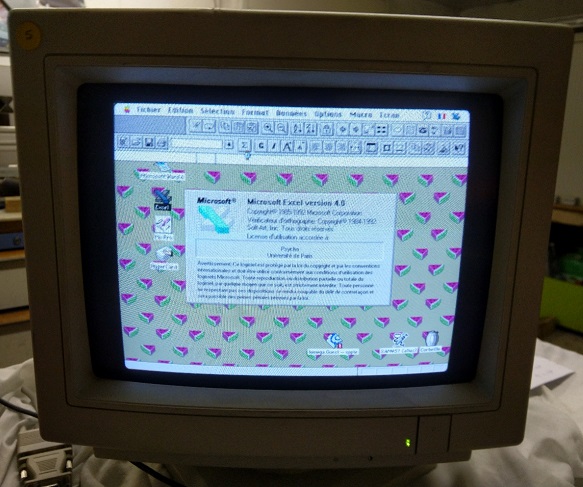 The image quality is surprisingly good for a makeshift cable here -- No parasites or blurry picture.
Although I found it odd that the image doesn't fill the screen entirely.
Since the IIvx is a pretty old Mac(running System 7), I thought its video card might not have the horsepower to handle 640x480.

No worries! Time to upgrade a bit and try the cable out on a Power Mac G3: 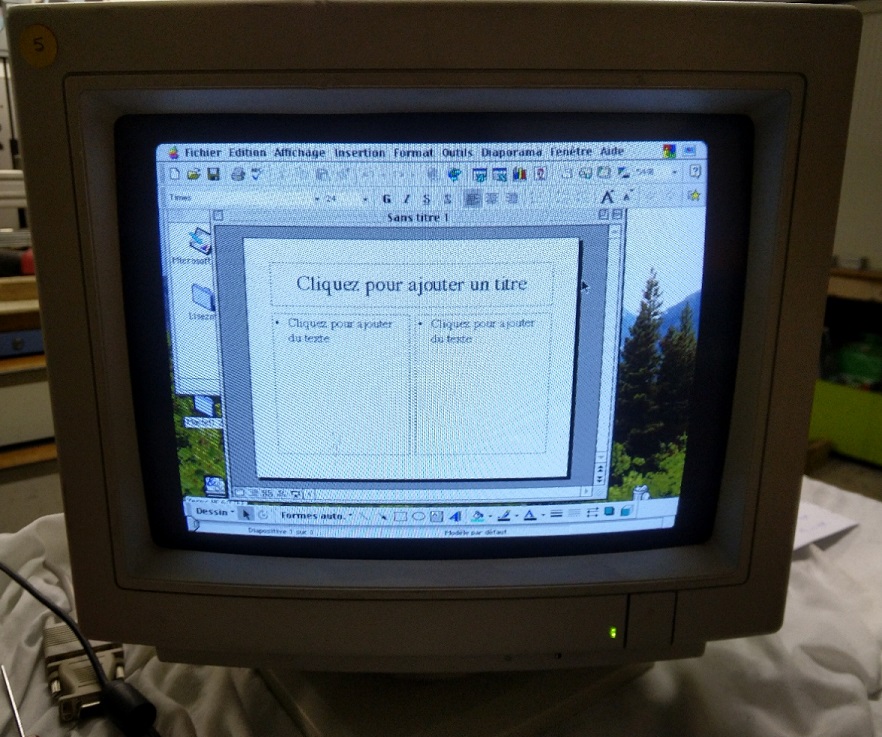 This is slightly better! But not by much.
The resolution utility in Mac OS 9 does say the screen resolution is at 640x480, so there are a few possible reasons:

For option 1 the only way out is aligning the CRT manually.
While I'm less afraid of being zapped by CRTs after working on the eMac, this is next level and messing with factory settings is probably a terrible idea.

Option 2 can be tested on the Power Mac G3 by overriding the resolution with SwitchRes2, which I'll try later.
And if it's option 3, I probably won't even bother since the cable is already pretty good™ as it stands. 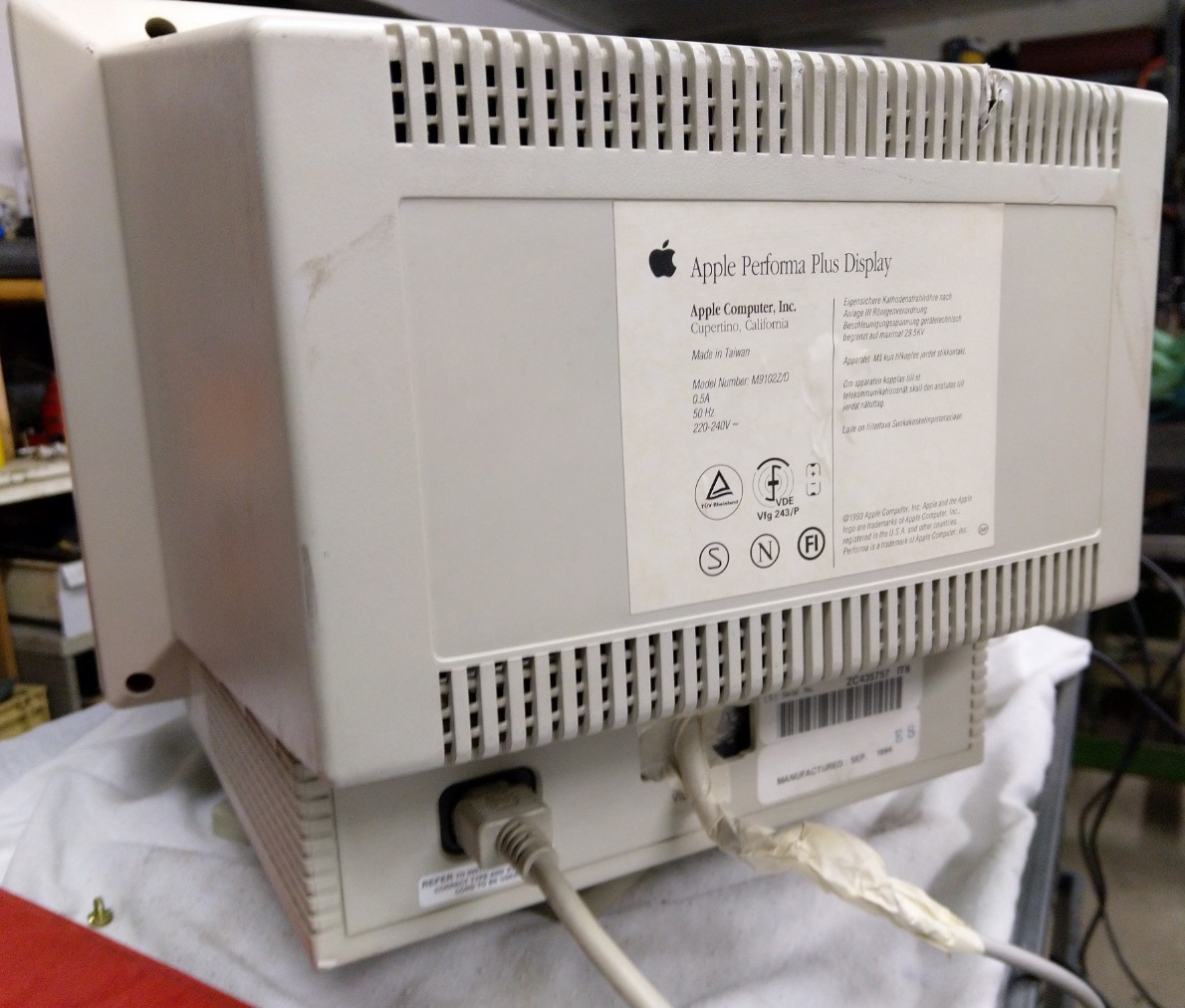 I thank the gods of NASA in these festive times for the gift that is duct tape. Happy 2020!