I got my hands on a Powerbook G3 recently. Lovely machine! 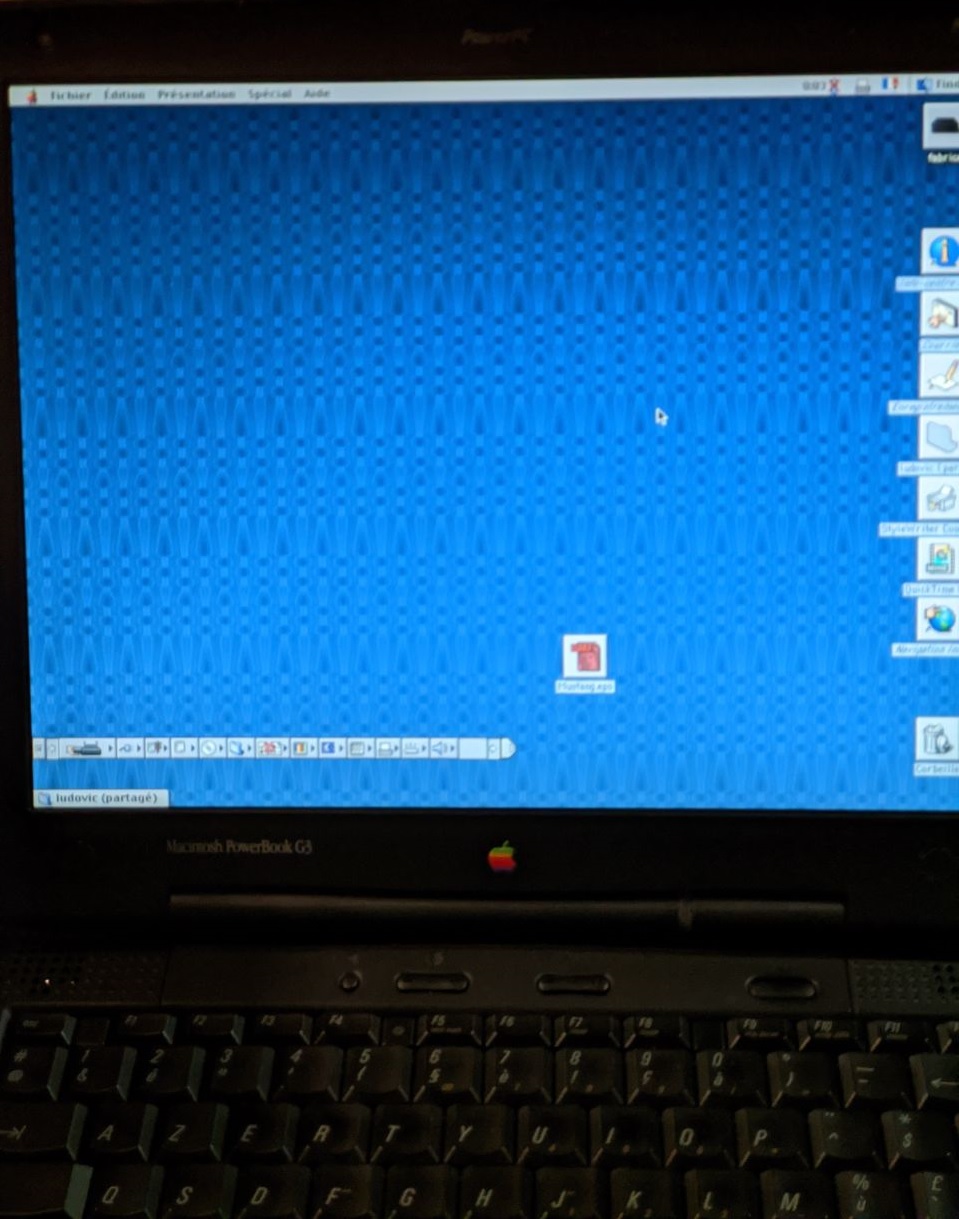 But it had a few issues I quickly noticed once the machine booted without the usual Mac chime.

Mostly, no sound, and a screen with some flickering and purpleish artifacts.
Kinda weak hinges too, but considering that those were apparently a terrible mess during the service life of the laptop, I'm gonna consider myself lucky.

Previous experiences with Macs have shown me that a missing chime usually happens when the PRAM(fancy apple name for CMOS) battery in the machine dies out.
Replacing it usually goes a long way towards getting the computer back on track to healthy town.

It probably wouldn't fix the sound missing in Mac OS, but since diagnosing that issue involves taking the laptop apart, we might as well replace the battery!

Due to this being a laptop however, it doesn't use the chonkster 3.6v batteries you'd commonly find on other old Macs.
Instead, after taking apart the entire machine (thanks ifixit), you get to pull out a weird mini-rechargeable battery composed of 6 coin cells. 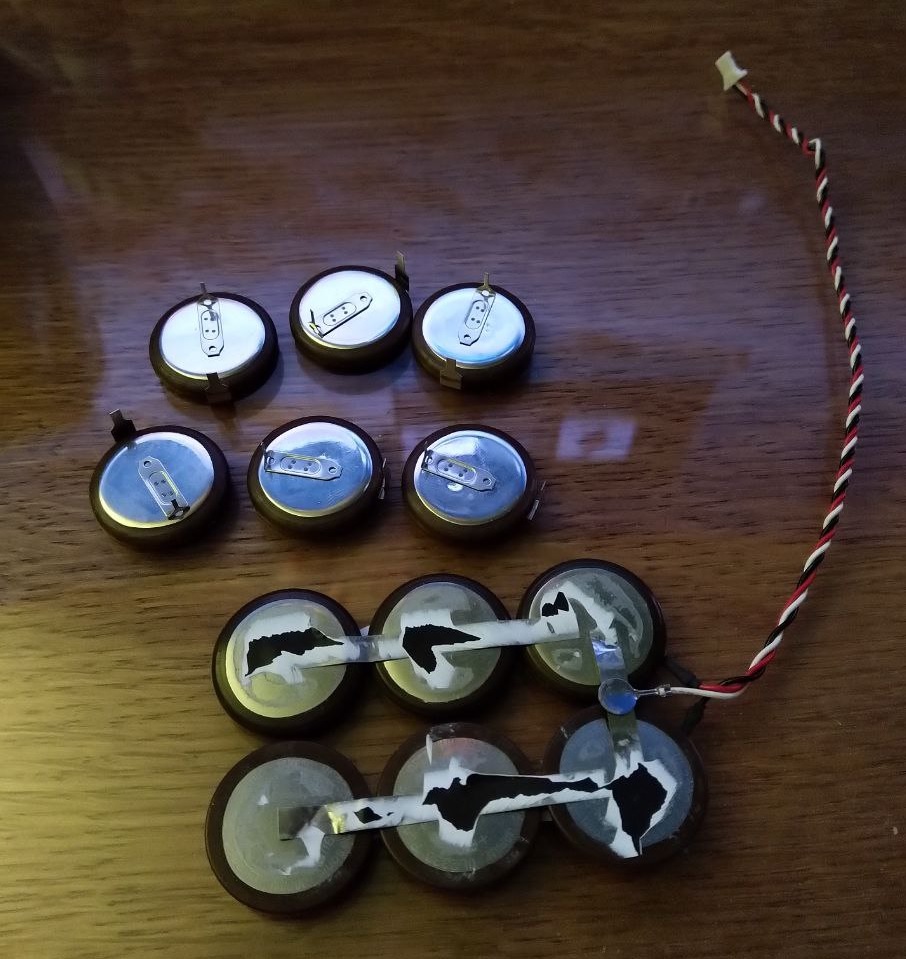 (PSA: Some PowerBook models seem to only have 4 cells instead of 6.)

Luckily, those cells are Panasonic VL2330 3V rechargeable coin cells, and are still produced today!
Although it does mean you need to basically re-build a PRAM set yourself.

You'll see this for yourself upon opening up the set, but the cells are connected to each other on both ends matching the following schema:

Tried to throw this schema into svgbob but it didn't look too hot so you'll have to deal with the OG ASCII
VL2330 cells are pretty cheap at your local Chinese overlord, so you can build yourself a brand new PRAM for like $20.

For assembly, I simply cut off the leads from the old PRAM and re-attached them to the new cells with ye ole' mates duct tape. 🩹 The stock PRAM is spot welded together, so you can't simply unsolder the leads like you'd do with a dumb circuit board.

Once the battery assembled, tested for continuity and put back in the laptop, did we get a chime on boot?
Well, I did get a form of noise out of the laptop, but it sounded more like some radio screeching than an actual chime.

Before putting the machine back together I had taken a look at the other pieces, and it's likely that the Sound/Power Board is dying and being what causes the remaining problems. 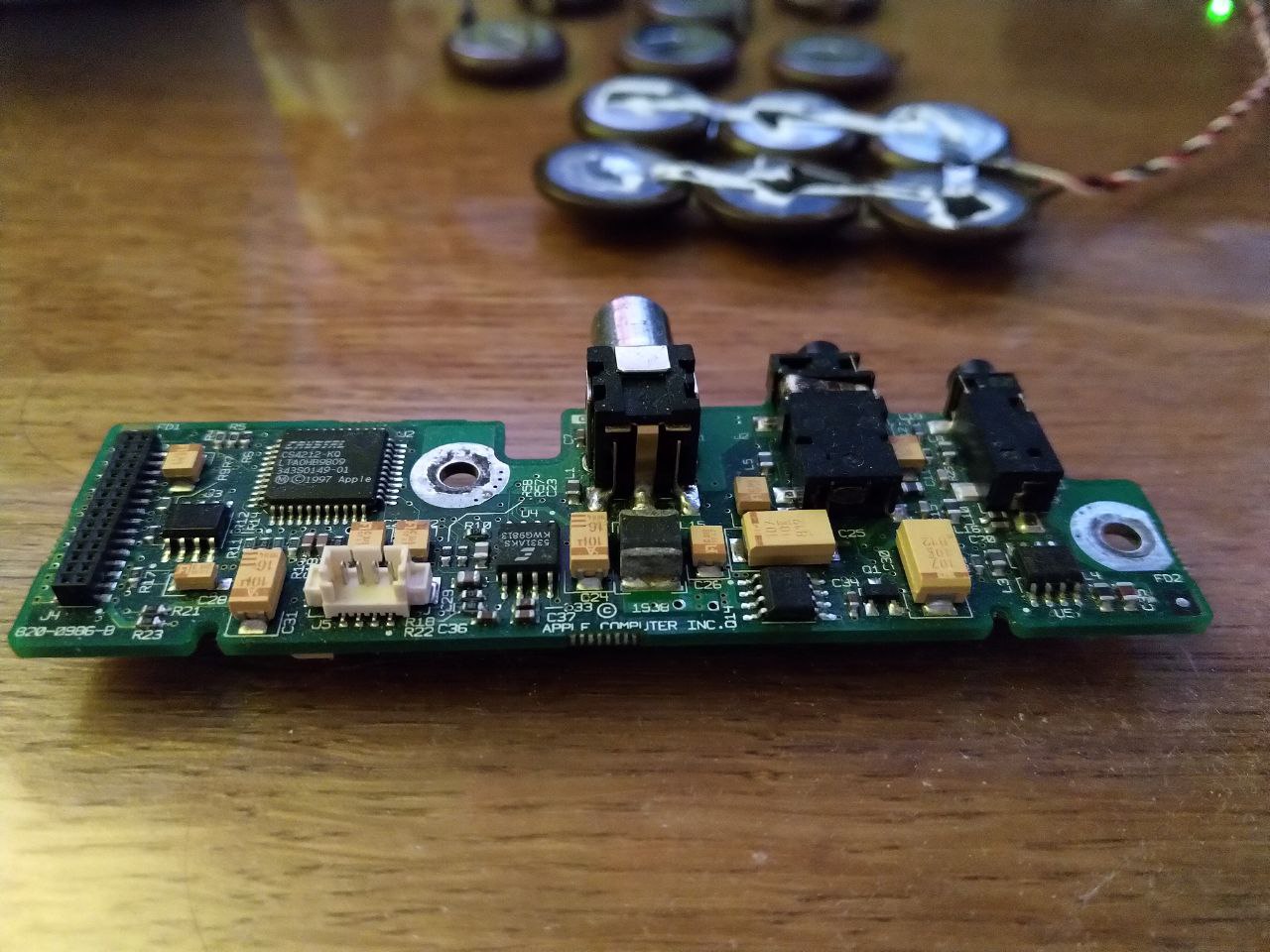 That MLCC capacitor in front of the main power jack has certainly seen better days.
It's always the fucking caps isn't it

The screen still flickers, probably due to power draw issues coming from said board, but hey at least it doesn't artifact out anymore!