The DoujinSoft Store is 5 already! It still stands as the last thing I wrote in Java and I wasn't expecting it to hold that long ¯\_(ツ)_/¯

It still receives new content fairly often - Thanks to everyone who contributes!
To celebrate the occasion (not really it's just lining up nicely), the store has been given a fresh coat of paint... alongside some new mysterious buttons? 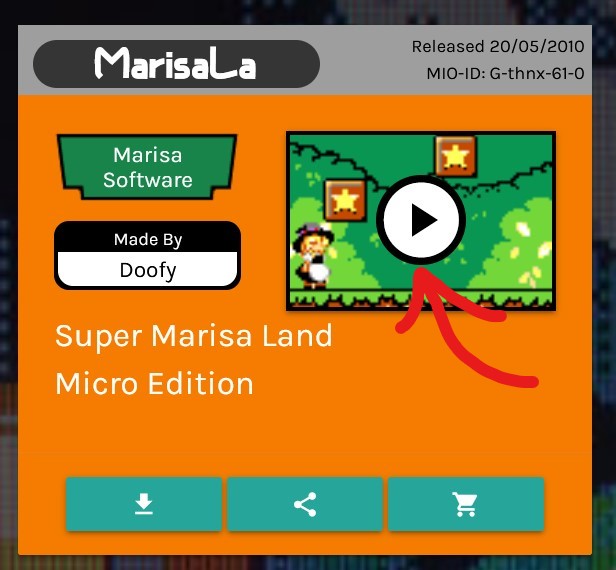 DoujinSoft has been able to play music and read comics in the browser since it was released, but the biggest part of WarioWare DIY's user-generated content has always been absent from the browser...until now. 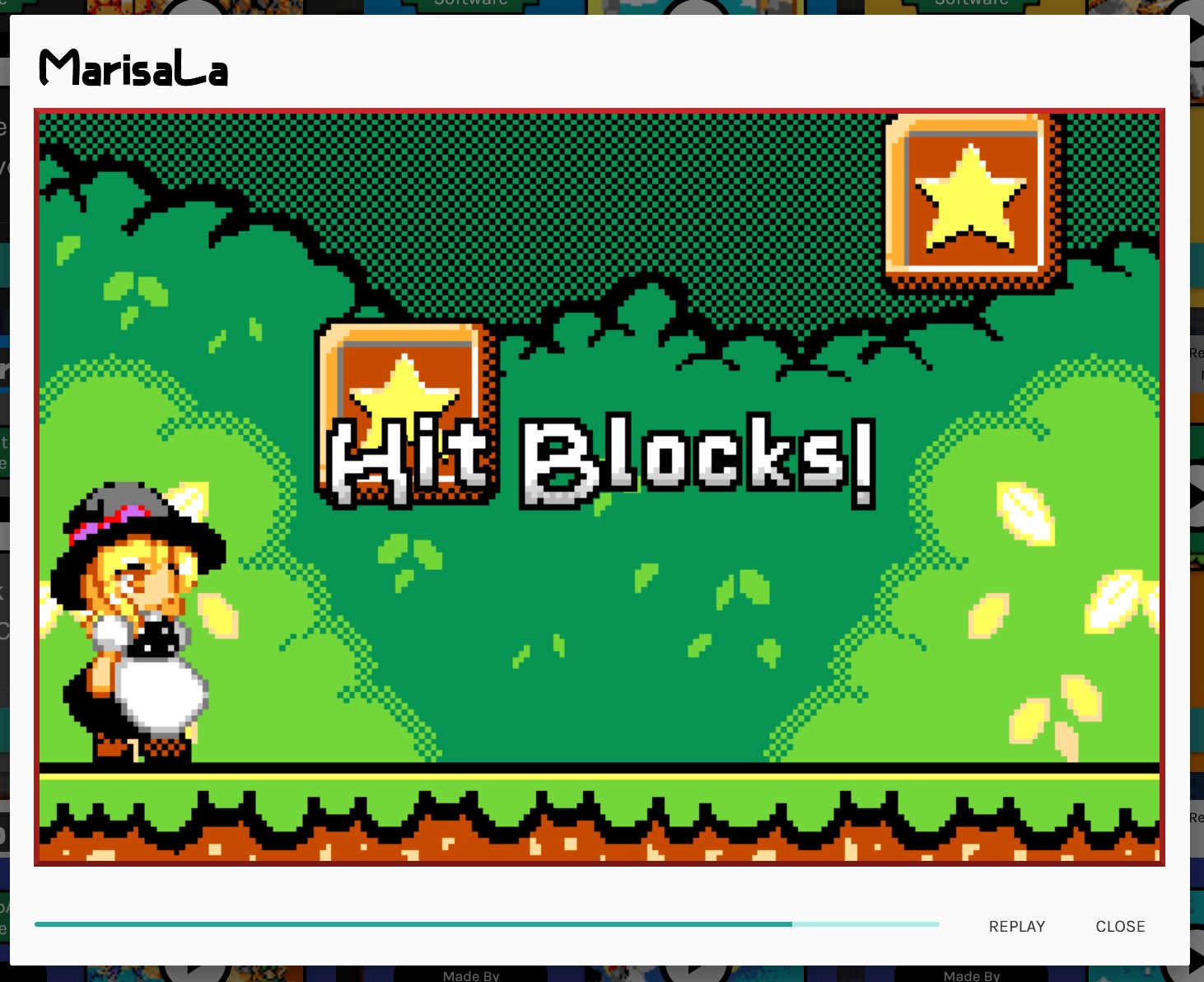 If you told me 12 years ago I'd still be looking at my microgames but on a 4K display through the Internet, I probably wouldn't have believed you.

Available now, the DoujinSoft store now allows you to play every single WarioWare DIY game in your browser.

This is something I was secretly hoping for ever since launching the service, but I wasn't really expecting anyone to actually go and reverse-engineer DIY AI to make it happen.
95% of the work that went into this update comes from yeahross' exceptional Mio-Micro project, which has been cooking for a few months already. You should certainly go throw some flowers his way!

I'd have felt kinda bad just pushing out this update and writing a blogpost about it without contributing something, so by leveraging the mio-micro player, there's a fun little bonus in DoujinSoft's collections pages now:

Huh, it's almost like a real WarioWare game now!
The animations are taken straight from Animate.css which isn't really designed for that sort of thing, but it's unreal how well it works.
The sounds are a bit of a deep cut, but if like me you've been listening to the DIY jingles for years, a bit of change is nice. 😩

Some caveats in this first version:

In yet another Spline frenzy, the store now has some new backgrounds and promo art! 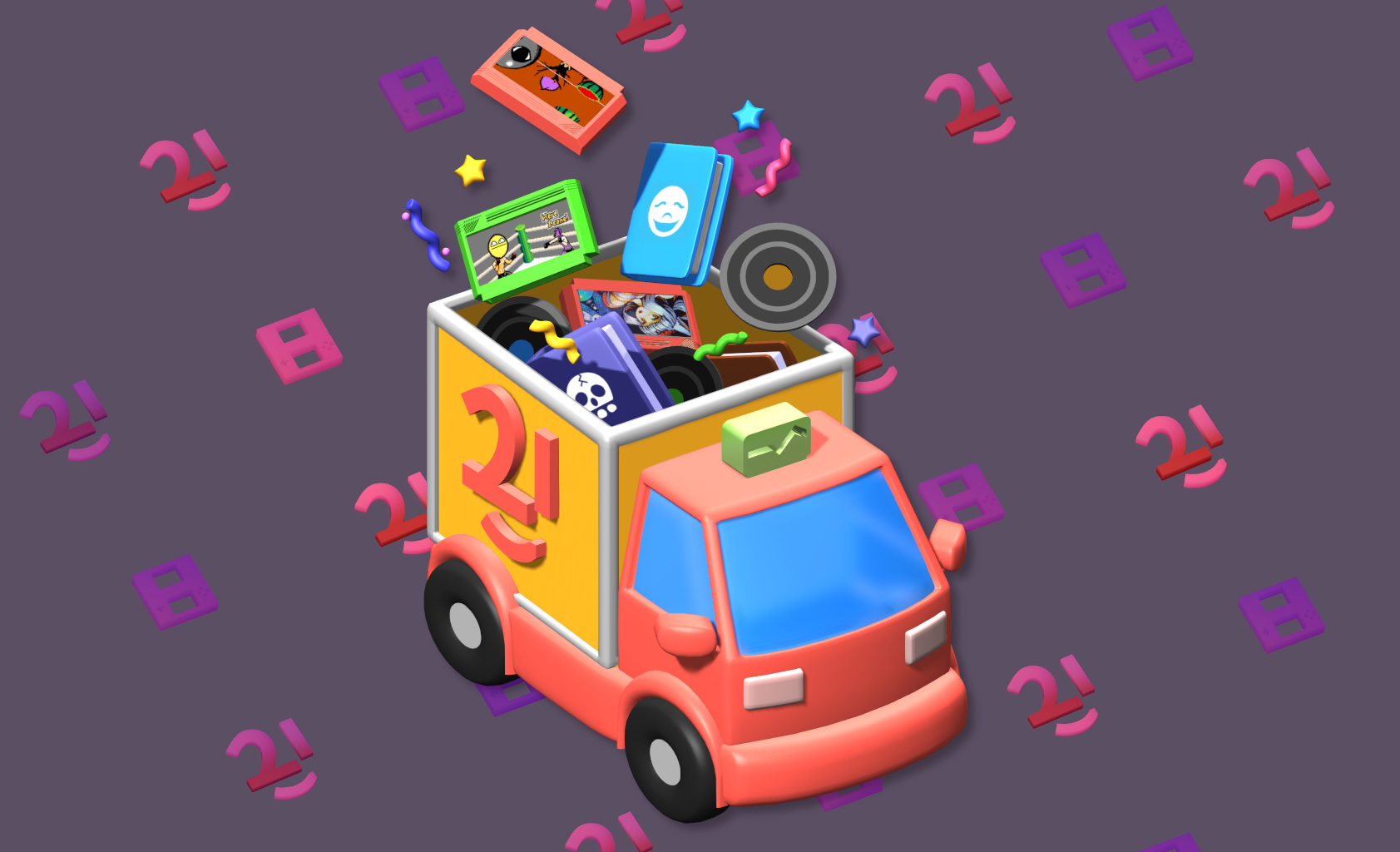 After 5 years without it, DoujinSoft now also has proper blurred previews for NSFW content.
You can disable those if you want. And yes you can play them in the web player
Flagging NSFW content in the database is an ongoing work, so if you find some unblurred stuff make sure to let me know!

The collection minigame player is limited to the prebuild collections for now, but I hope to eventually add a feature to allow people to craft their own collections/playlists and share them via QR codes or similar.
Maybe I'll put up a Halloween microgame playlist for people to enjoy? Let me know if you have any spooky games you like.

Hacktoberfest has just started, so if you want to contribute to the DoujinSoft experience yourself, I'll gladly accept any help, and you can get a shirt out of it! Please!

Apart from that uhhhh

Some General system stability improvements have been made to enhance the user's experience.